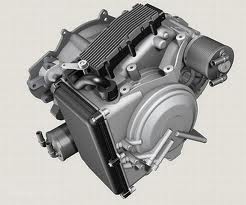 Who is your God ? Man can clearly see , hear , touch , smell and taste the creation that he inhabits . He is without excuse for not worshipping The True Creator of The Universe .
Dr Broughton Knox, former principal of Moore College, denounced evolution :
‘The doctrine of God the Creator is vivid throughout the pages of Scripture. The gods of the nations are not creator gods and, as the interesting ...little Aramaic insertion in Jeremiah puts it, the gods that did not create the world will perish, as indeed they have. In our own times idolatry, which was a universal substitute for the Creator God, has been replaced by the widely held theory of evolution. Both are substitutes for the concept of the Creator God. Just as the ancients and the heathen today deified and worshipped the creature as the creator, modelling images of man or birds or animals or reptiles and worshipping these, so for western secular man the modern theory of evolution deifies nature, and acknowledges it as creator of all we see around us. All the beauty and intricacy and all the marvellous arrangements of the natural world are supposed to have been evolved by a thoughtless, purposeless, mechanical operation of nature, and in this way the God who made the world is as effectively shut out of the minds of those who are enjoying the blessings of His creation as He was by the false religions of idolatry. Just as the idolators could not see the foolishness, indeed the stupidity, of worshipping gods of wood and stone, which have no life nor purpose nor mind, so modern believers in the theory of evolution cannot see the foolishness of that theory, which not only lacks evidence to support it, but also runs counter to such evidence of origins as is available. Nevertheless, this false worldview is being indoctrinated into children in the schools with the aid of public money and placarded in natural history museums as though it were the only explanation of the world around us, while those who criticize and expose the theory receive the same intense religious hostility as did those who denounced idolatry in earlier days. The Bible says that if we refuse to have the Creator God in our mind, God gives us up to a reprobate mind.’
Dr D. Broughton Knox, The Everlasting God, Lancer Books, Homebush West, pp. 30–31, 1988. .......